Starting with those interested in growing a six-pack over night and looking for ‘them gains’, protein powder has spread to kitchens nationwide even faster than Nutribullets were fired across Britain and the paper-light substance has become the most commonly used white powder in the country, believe it or not. Still used by the entirety of the body-building community, you will now find your average weight-watcher or clean-eater slurping on a lumpy shake post-workout or even guzzling it down as a meal replacement, and every pound of fat we lose as a nation, is another in the pocket of a protein or supplement manufacturer, with the industry world sales expected to reach £8bn in 2017. 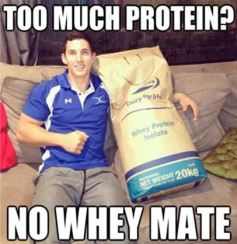 But not surprisingly, where food trends lead, big brands follow and not only is there a never-ending list of quirky start ups developing protein-rich foods, but big brands are also after their slice of the cake, and the likes of Coca-Cola are both developing and acquiring products with high protein content to sell to the one-in-ten Brits that claim to devour protein supplements at least once a week. M&S didn’t hold off for long and launched their ‘Fuller for Longer’ range to target the same crowd, Holland and Barratt now confirm that 10% of their sales come from protein based products, and the ‘Big 4’ supermarkets continue to stack their shelves with items such as Dr Zak’s bread and pasta, Wheyhey’s magical ice-cream (with the same amount of protein as a chicken breast) and Weetabix’s protein-packed cereals.

Previously just made with whey (the by-product of cheese making), protein powders are now made from alternative sources such as soy and hemp in order to attract those with intolerances and it’s as if Willy Wonka has become a board member with flavours such as salted caramel and apple liquor rivaling the long-standing strawberry, vanilla and chocolate. But protein shakes are only the beginning – protein coffee is now a thing (tea lovers, it’s only a matter of time), and products such as yogurts and cereal that started to struggle when sugar was named the “tobacco of the 21st century” have come to realise that by just simply adding somewhere in the range of 15-30g protein per portion, they’re guaranteed to find themselves back in the baskets of shoppers in no time. 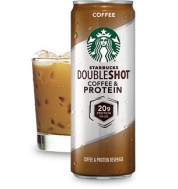 So that’s great for the big brands, the start ups and share holders, but what about our bodies, the temples that we thought needed all this protein in the first place? This type of diet has proven popular with the masses because unlike giving up sugar, going gluten-free or even Atkins, this is telling people we need to eat more of something, allowing us to indulge and eat the things we perhaps used to avoid because apparently added-protein simultaneously means guilt-free. I’m no nutritionist but I’d have thought consuming up to 5 times our recommended daily intake of something doesn’t sound like the healthiest decision and I wonder whether we ought to remind ourselves of protein’s role as a compound, naturally occurring in an abundance of foods, rather than an ingredient in the recipe for a 400 calorie snack bar or a strategy thread on the marketing plan of a multinational. Adding a spoonful of white powder to something shouldn’t automatically make it delicious AND nutritious and we should remember that consuming more and exercising less will expand our waistlines if we’re not careful. This has been recognised by the former international polo player, Ross Edgley who launched the online brand ‘The Protein Works’ and recently opened a 20,000ft protein bakery in Cheshire, using protein as the base ingredient rather than an additive and making tasty treats for all the body-conscious out there. 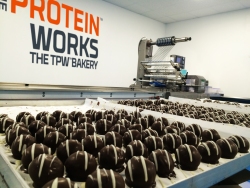 So with 71% of consumers saying they’re actively looking to consume more protein in their diets and with the market value of the world’s whey makers shooting up almost a quarter in 2008, it’s evident that the protein industry has legs, and muscly ones at that. Social media as always has offered it’s helping hand and protein princesses such as the Kardashians, Millie Mackintosh and Miranda Kerr can all be found to frequently upload a snap with a trusty protein-shaker somewhere in the shot, be it coincidental or #spon. The trend isn’t slowing down either and it’s clear that protein’s role as a building block of muscle tissue, enzymes, hormones and balance sheets has been widely recognised in the food industry and I look forward to sipping on my first glass of protein-rich wine in the next 5 years or so. 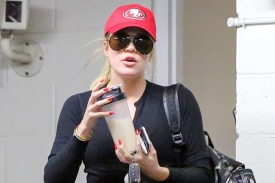